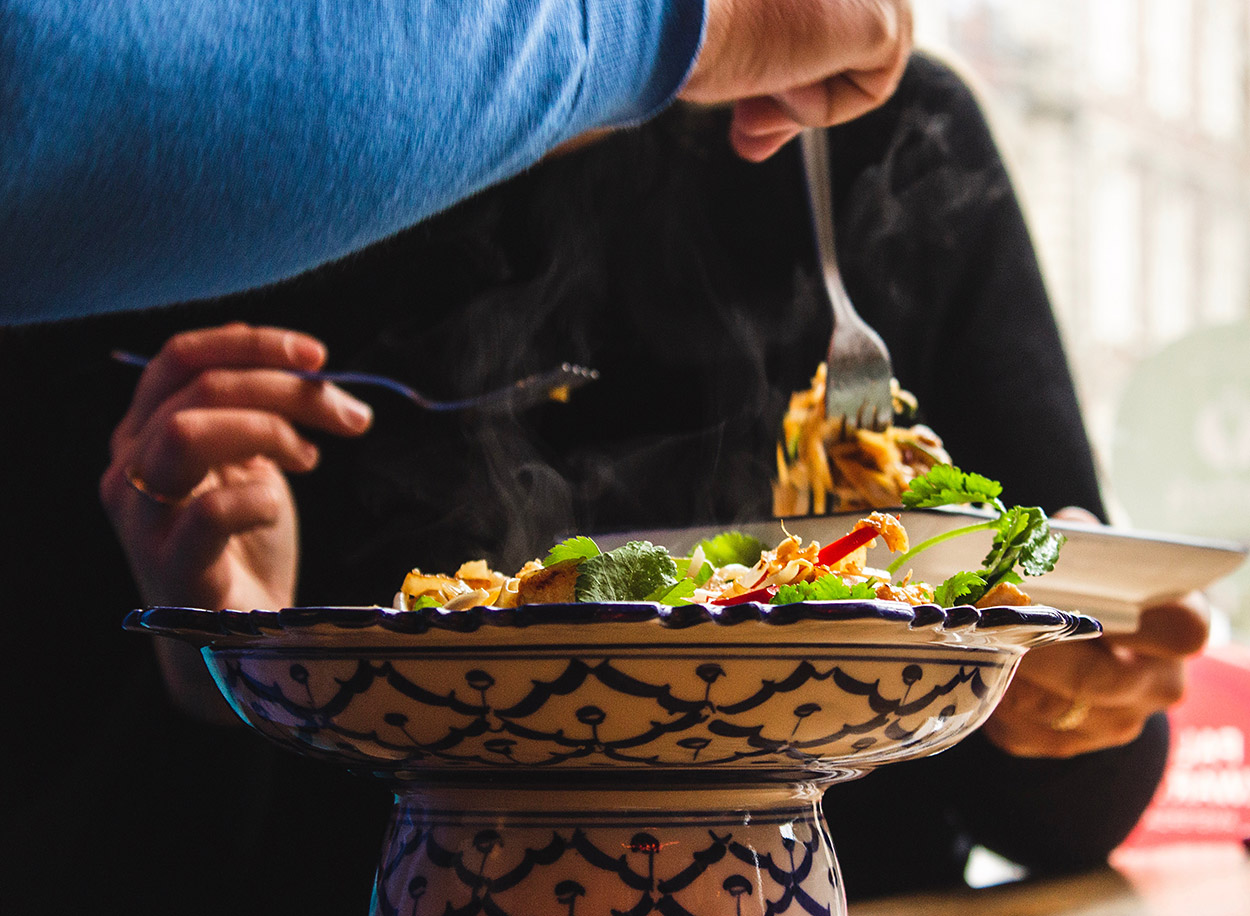 Many of the more important benefits of a plant-based diet – particularly for climate health and animals – are well known. Yet surprisingly, despite the science being quite clear, some confusion still remains about the impact on human health.

Long has it been known, for example, that a diet based on whole plant-foods – fruits, vegetables, whole-grains, beans, nuts and seeds – reduces the risk of heart disease, type 2 diabetes, obesity and certain cancers. In fact, a low-fat plant-based diet is the only diet to have shown to actually reverse established coronary artery disease. It has also been proven to reverse type 2 diabetes, enable effective and sustained weight loss without portion control or exercise, and arrest the progression of early-stage prostate cancer.

As if that’s not enough, here are five more lesser-known benefits of a plant-based diet.

There is a good reason why diet choices can have a major impact on mood and mental health. Diet affects the health of our gut bacteria, which produce many of the brains active hormones. Since gut bacteria thrive on fiber, which is only found in whole plant foods, it should be no surprise to find that a plant-based diet can benefit mental health.

In one US study conducted at a large insurance company, participants who were overweight or had a history of type 2 diabetes were either prescribed a low-fat vegan diet or asked to continue their usual diet for 18 weeks. The results showed a significant improvement in mental health, wellbeing and work productivity in those on the vegan diet, as well as lower levels of depression and anxiety.

Osteoarthritis, the painful breakdown of cartilage in the joints, appears to be an inevitable consequence of getting older. It is not reversible, but is manageable, usually with pain medication and sometimes surgery.

One study looking at the diet’s impact on this debilitating condition showed a significant improvement in self-reported pain and functioning in people with osteoarthritis. One reason could be the anti-inflammatory properties of the micro-nutrients present in plant foods, since inflammation is the main cause of pain in arthritis. Meat-based diets actually have the opposite effect and in most cases increase the level of inflammation in the body.

If a plant-based diet can improve pain from arthritis, could it also improve other types of pain? Some research suggests it could in fact help with period pain in women. During a study looking into this, women changed to a low-fat vegan diet for two menstrual cycles, and then back to their usual omnivorous diet for their next two. Pain duration and intensity and pre-menstrual symptoms were noted and levels of a hormone affecting estrogen levels were measured.

On the low-fat vegan diet, women reported less pain duration and intensity, shorter duration of premenstrual symptoms and tests showed a lower level of estrogen. This study illustrated that diet can impact hormone levels in the body, and how lower estrogen levels can benefit women’s health in a number of ways.

Urinary tract infections (UTIs) are one of the most common causes of infection in the general population with the bacteria Escherichia coli (E coli) often being the culprit. Infection can occur because E coli from the intestine finds its way into the urinary tract. But UTIs can also be caused by E coli strains commonly found in farm animals such as chickens and pigs, so eating contaminated sources of meat can lead to infection.

Given the link between E coli and UTIs, it might make sense that those on a plant-based diet, and who avoid meat, might have a lower risk of infection, but whether this was the case was not known for sure until recent research.

It’s reasonable to assume that following a healthy plant-based diet with its accompanying lower risks of ill health would save on health costs, right? In a recent Taiwanese study, vegetarians showed a lower rate of outpatient visits, which translated into a 13% lower outpatient expenditure and a 15% lower total medical expenditure.

In conclusion, it’s fair to say that plant-based diets not only have the potential to dramatically improve human and planetary health, but could have hefty benefits for the health of the economy as well.

Recipes and tips to increasing plant-based foods in your diet

Boosting your immune system with food

We use cookies to ensure that we give you the best experience on our website. If you continue to use this site we will assume that you are happy with it.Ok