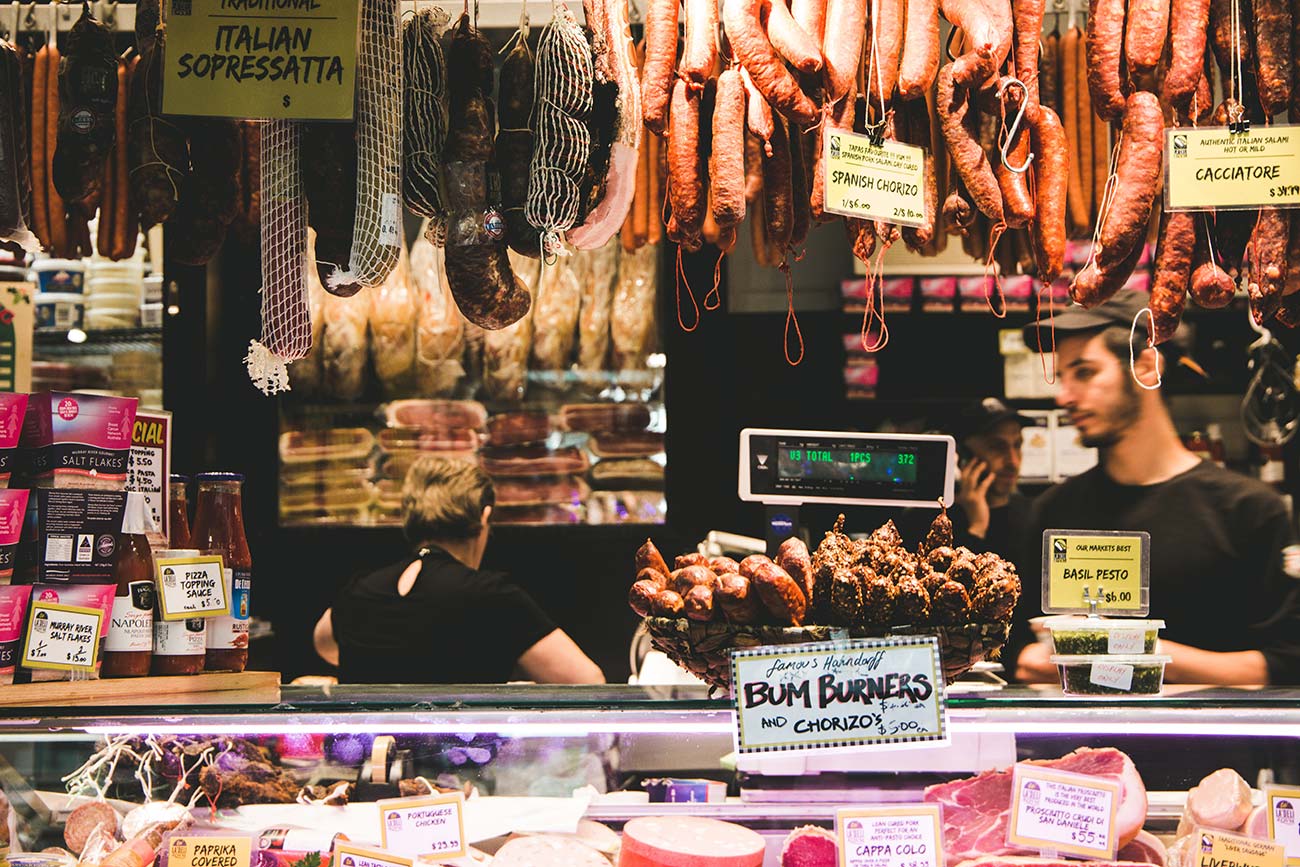 Fresh white meats, like chicken and fish, have not yet been linked to any increased risk of cancer – although increased presence of carcinogens and toxins in fresh-water fish, due to contaminant exposure, are anther issue. Cantonese-style salted fish has also been linked to increasing risks of cancer.

Cancers processed and red meat are linked to

Research has found that consuming lots of red meat can increase the risk of bowel cancer, meaning there is lots of good evidence of a link, but we need a more quality studies to be certain. In contrast it has been shown that processed meat is a direct cause of cancer – the link is as certain as other proven causes of cancer, like tobacco.

There is also increasing evidence that eating processed and red meats increases the risk of stomach and pancreatic cancer, but more research is needed.

How much processed and red meat can one eat?

Research has pointed to an increased risk of cancer for every 25g of processed meat one eats a day – roughly equal to a rasher of bacon or a slice of ham. If you’re consuming processed and red meat most days, now’s the time to start cutting down.

Basically the less one eats the lower the risk, so cutting down is good for the health no matter how much meat is eaten.

How does processed and red meat cause cancer?

Chemicals added during processing, or produced when cooking, can increase the risk of cancer.
These chemicals include :

This is naturally found in red meat and processed red meat. It can damage cells, and cause bacteria in the body to produce harmful chemicals. This can increase the risk of cancer.

Used as a preservative to keep processed meat fresher for longer, nitrites can become cancer-causing chemicals like N-nitroso compounds or NOCs. These chemicals are linked to reasons why processed meat increases the risk of cancer more than fresh red meat. Processed meats aren’t the only foods that contain these chemicals of course. In fact, many vegetables also contain high amounts – mainly nitrates – a good reason to eat organic.

Heterocyclic amines (HCAs) and polycyclic aromatic hydrocarbons (PAHs) are chemicals formed when muscle meat, including beef, pork, fish, or poultry, is cooked using high-temperature methods, such as pan frying or grilling directly over an open flame. They can damage cells in the bowel, and studies have shown the chemicals to be associated with increased risks of colorectal, pancreatic, and prostate cancer.

International Agency for Research on Cancer. Red Meat and Processed Meat. IARC Monographs on the Evaluation of Carcinogenic Risks to Humans. 2018. Vol 114. https://publications.iarc.fr/Book-And-Report-Series/Iarc-Monographs-On-The-Identification-Of-Carcinogenic-Hazards-To-Humans/Red-Meat-And-Processed-Meat-2018.

NHS. Red meat and the risk of bowel cancer. 2019. https://www.nhs.uk/live-well/eat-well/red-meat-and-the-risk-of-bowel-cancer/#portion-sizes-and-cutting-down2018.

The Conversation – Why nitrates and nitrites in processed meats are harmful – but those in vegetables aren’t. https://theconversation.com/why-nitrates-and-nitrites-in-processed-meats-are-harmful-but-those-in-vegetables-arent-170974.