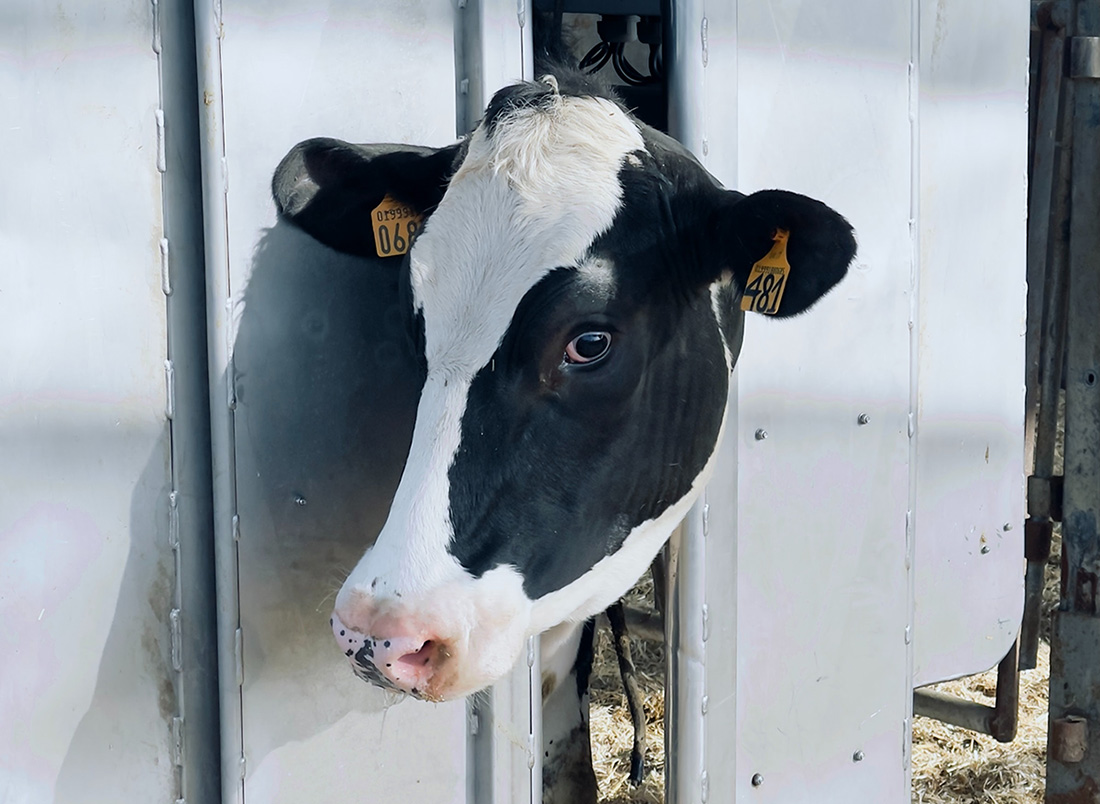 Never have we produced and consumed so much meat as today. In 2014, 312 million tonnes were produced worldwide, which represents an average of 43 kg per person per year. Each year, 65 billion animals are killed (or nearly 2,000 animals . . . per second) to end up on our plates. Unfortunately this massive production is not without consequences for our environment.

Breeding is bad for the climate

Meat, more than any other food, costs our planet dearly. The latest report from the Food and Agriculture Organization of the United Nations (FAO), published in 2013, estimates that livestock farming in the world is responsible for 14.5% of greenhouse gas emissions of anthropogenic origin, that is to say linked to human activities, on the planet: around 7 billion tonnes of CO2 emitted, more than the United States and France combined.

Not all meats are equal in cost and some are more resource intensive than others. This is the case with beef and lamb, the meats whose production emits the most greenhouse gases.

Lamb and beef are the most emitting meats. 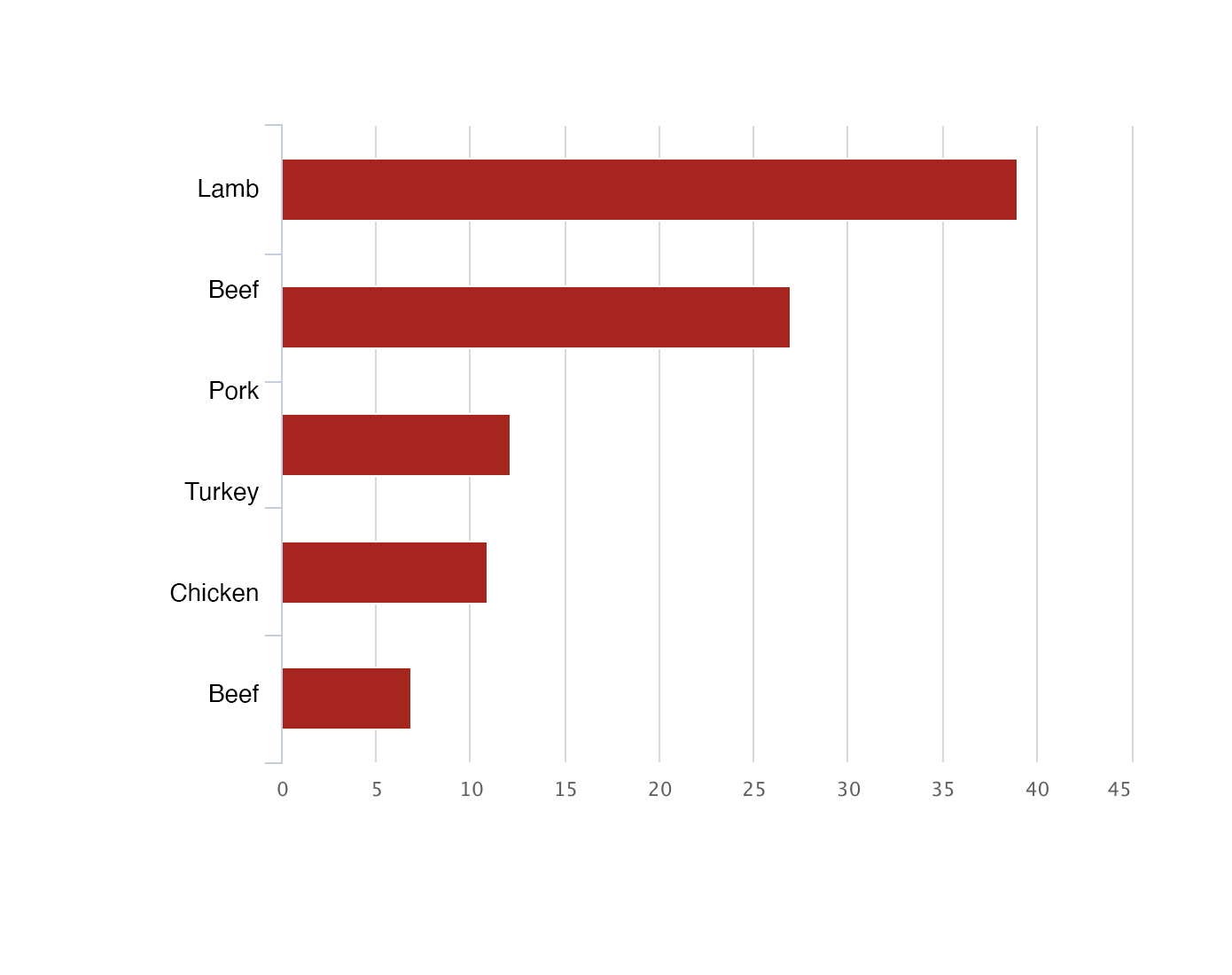 Beef represents 41% of emissions from cattle ranching (74% when milk production is taken into account), while it only accounts for 22% of total meat consumption.

In comparison, pork, the most consumed meat in the world (36.3% of consumption), represents “only” 9% of emissions. The same goes for chicken which, although it is also widely consumed (35.2% of world meat consumption), is responsible for only 8% of the GHG emissions attributed to livestock farming.

Cattle are over-represented in GHG emissions.

By different meats in the consumption and emission of greenhouse gases. 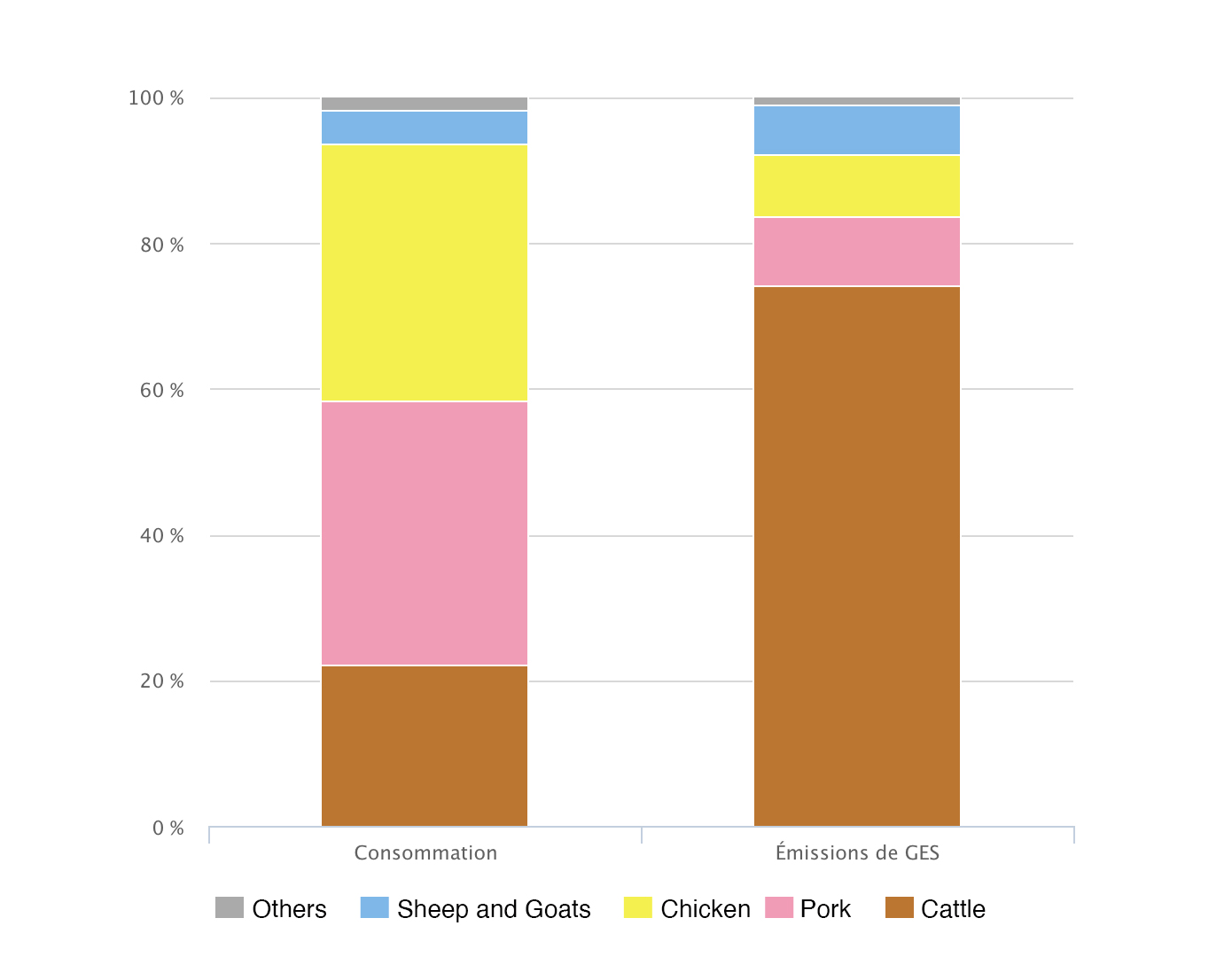 Pork and chicken, although less emitting meats, pose other environmental problems due to factory farming, especially in terms of water pollution. The very nutrient rich diet of animals results in higher than normal nitrogen levels in discharged water and can cause public health problems as much as unwanted proliferation of algae and microbial population in the water, thus disrupting ecosystems.

It should be noted that the production of meat, combined with that of dairy products, emits half of the greenhouse gases associated with food, even though they represent only 20% of the calories ingested worldwide.

Meat production also consumes a lot of water. In factory farming, the production of one kilogram of beef, for example, absorbs roughly 9,000 litres of water, much more than for pork (4,600 litres) and chicken (4,100 litres). It is also much higher than the consumption needed to grow cereals such as rice (1,400 litres), wheat (1,200) or corn (700).

A study published in 2013 noted that the “water footprint” of Europeans linked to their food could drop from 23% to 38% by reducing or eliminating the share of meat in meals.

Livestock are also a large consumer of cereals. In 2002, a third of the cereals produced and harvested in the world were directly used to feed livestock. Globally, this amounted to 670 million tonnes, enough to feed three billion human beings.

Here again, beef is the greediest. For each kilogram produced in factory farming, 10 to 25 kilograms of cereals are consumed.

Water and grain-hungry, meat production also uses up land. The FAO estimates that 70% of the world’s agricultural land is used either for grazing livestock or for the production of cereals to feed them.

The lack of agricultural land also leads to deforestation: 91% of the land “reclaimed” in the Amazon rainforest is thus used for pasture or for the production of soybeans which will later feed cattle. And less forest means less carbon dioxide emissions absorbed.

Kids’ lunchboxes – some ideas to make them a success