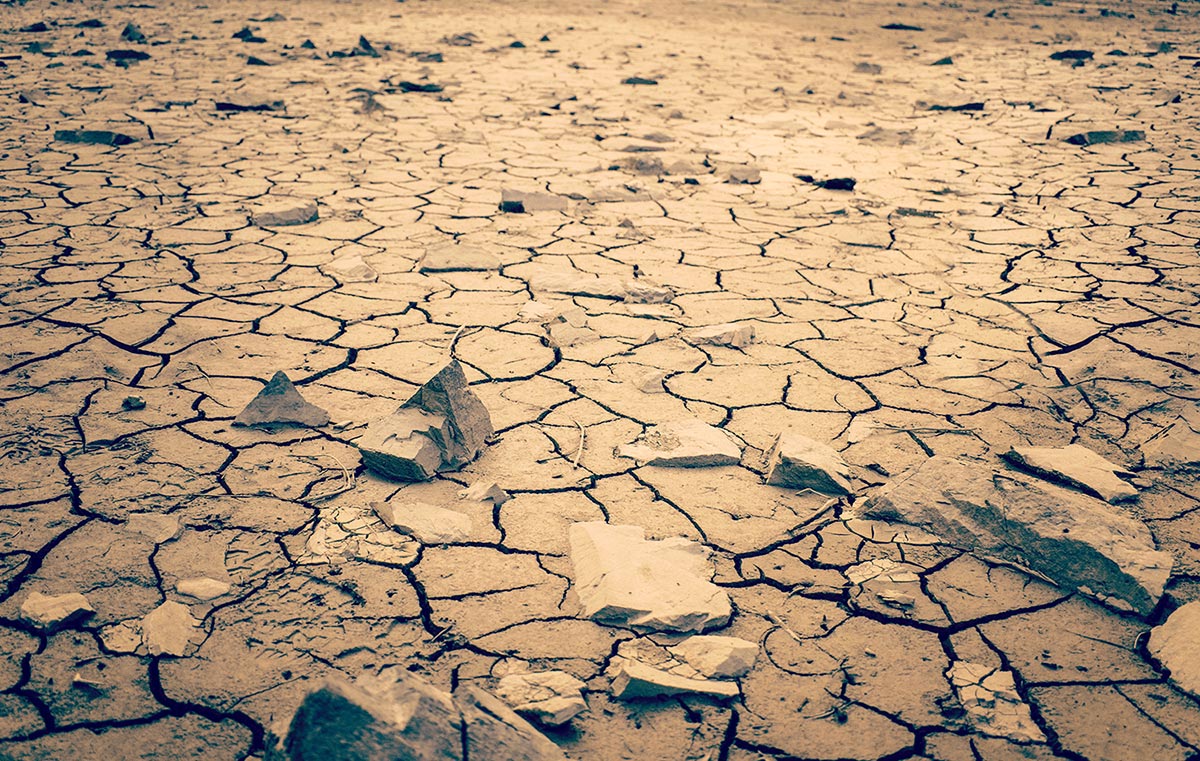 Feeding our 7.6 billion population with current diets and production practices, is fast degrading terrestrial and aquatic ecosystems, depleting vital water resources, and helping to drive climate change. Finding solutions that are effective across the vast and differing range of producers is a particularly challenging task, with more than 570 million farms around the globe, each using different agronomic methods.
In an extensive article published by J. Poore and T. Nemecek, data was compiled from a comprehensive analysis of 1530 studies, and assessed inputs (the initial effect of a producer) all the way through to retail (the point of consumer choice).

Impacts of the food supply chain

Our agricultural systems are very resource intensive, covering ~43% of the earth’s ice- and desert-free surface. Of this area, ~87% produces food and 13% biofuels and textile crops. It is estimated that two-thirds of freshwater usage is for irrigation, and it is to be noted that irrigation returns less water to rivers and groundwater than industrial and municipal uses, and predominates in water-scarce areas and dry times of the year, up to 95% of global scarcity-weighted water use.

Results of the study showed a high variation in impact among both products and producers. For example, 90th-percentile GHG emissions for beef food production are 105 kg of CO2eq for every 100 g of protein produced. These values are up to 50 times higher than dairy beef impacts. GHG emissions and land use of dairy beef are up to 36 times greater than that of pea production. High variation within and between protein-rich products is also manifest in acidification, eutrophication, and water use.

Such high variability, even among producers in similar geographic regions, can imply substantial potential to reduce environmental impacts and enhance productivity in the food system.
Across all products, it was found that 25% of producers contribute on average 53% of each product’s environmental impact, and that for scarcity-weighted freshwater withdrawals, the skew is particularly high: producing 5% of the world’s food carries ~40% of the environmental burden.

Practices such as conservation agriculture or organic farming are not absolute environmental solutions, but options that producers can select in order to reach environmental targets

Providing producers with multiple ways to reduce their environmental impacts recognises the variability in sources and many drivers of impact, but requires an awareness that practices such as conservation agriculture or organic farming are not absolute environmental solutions, but options that producers can select in order to reach environmental targets.

Reduced processing, more durable packaging, and increased use of co-products can help to reduce food waste – an example is that wastage of processed fruit and vegetables is ~14% lower than that of fresh fruit and vegetables, and wastage of processed fish and seafood is ~8% lower than fresh. Providing processors and retailers with information about their impacts can encourage them to reduce waste where it matters. In beef production, distribution and retail losses contribute 12 to 15% of emissions, whereas the entirety of emissions from packaging, transport, and retail contributes just 1 to 9%.

Impacts of animal products exceed those of vegetable substitutes

We see that the impacts of animal products markedly exceed those of vegetable substitutes, to such a degree that meat, aquaculture, eggs, and dairy use ~83% of the world’s farmland and contribute 56 to 58% of food’s different emissions, despite providing only 37% of protein and 18% of calories. The obvious question here is whether animal products production can reduce its impacts enough to make a difference? Or can reducing animal product consumption bring greater environmental benefits?

It was found that impacts of the lowest-impact animal products exceed that of the average impacts of substitute vegetable proteins across GHG emissions, eutrophication, acidification, with the exclusion of nuts. Even though tree crops can sequester carbon and reduce nutrient leaching, the impact of nuts is dominated by the production of low-yielding cashews and almonds, which are very water-, fertiliser-, and pesticide-intensive. Significant work is required to improve nut production (which doubled between 2000 and 2015) resource-use efficiency.

Poore and Nemecek showed that consumers dietary changes can deliver environmental benefits on a scale not achievable by producers. Just moving from current meat-including diets to a diet that excludes animal products could have transformative results, reducing food’s land use by 3.1 (2.8 to 3.3) billion ha (a 76% reduction), including a 19% reduction in arable land; food’s GHG emissions by 6.6 (5.5 to 7.4) billion metric tons of CO2eq (a 49% reduction); acidification by 50% (45 to 54%); eutrophication by 49% (37 to 56%); and scarcity-weighted freshwater withdrawals by 19% (−5 to 32%) for a 2010 reference year.

These ranges were based on producing new vegetable-based proteins with impacts between the 10th- and 90th-percentile impacts of existing production. And, in addition to the reduction in annual GHG emissions, the land no longer required for food production was estimated to remove ~8.1 billion metric tons of CO2 from the atmosphere each year over 100 years as natural vegetation reestablishes and soil carbon re-accumulates.

Are we are running out of time?

Unfortunately, even though dietary change is realistic for most individuals, especially in the United States, where per capita meat consumption is three times the global average, it is increasingly likely that widespread behavioural change will be hard to achieve in the narrow timeframe remaining to effectively reduce global warming and help to prevent further, irreversible biodiversity loss.
Are we are running out of time? 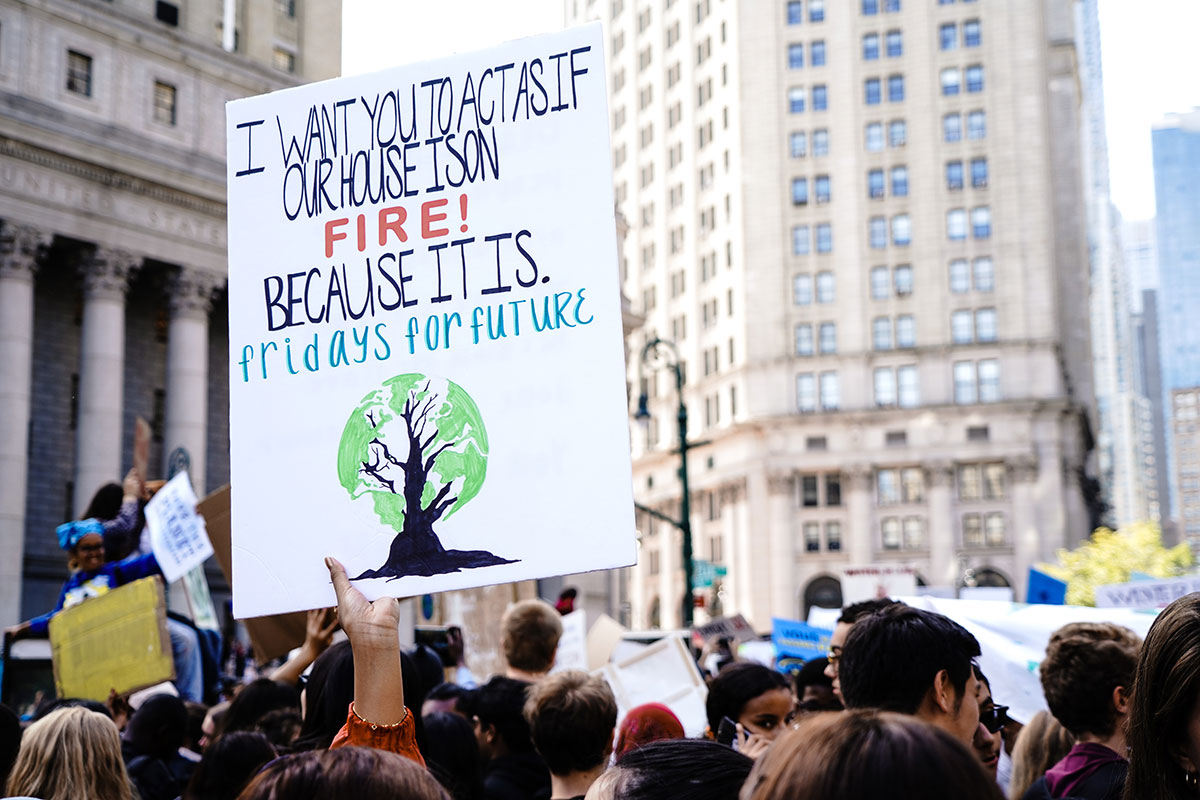 Intermittent fasting – can it work for you?