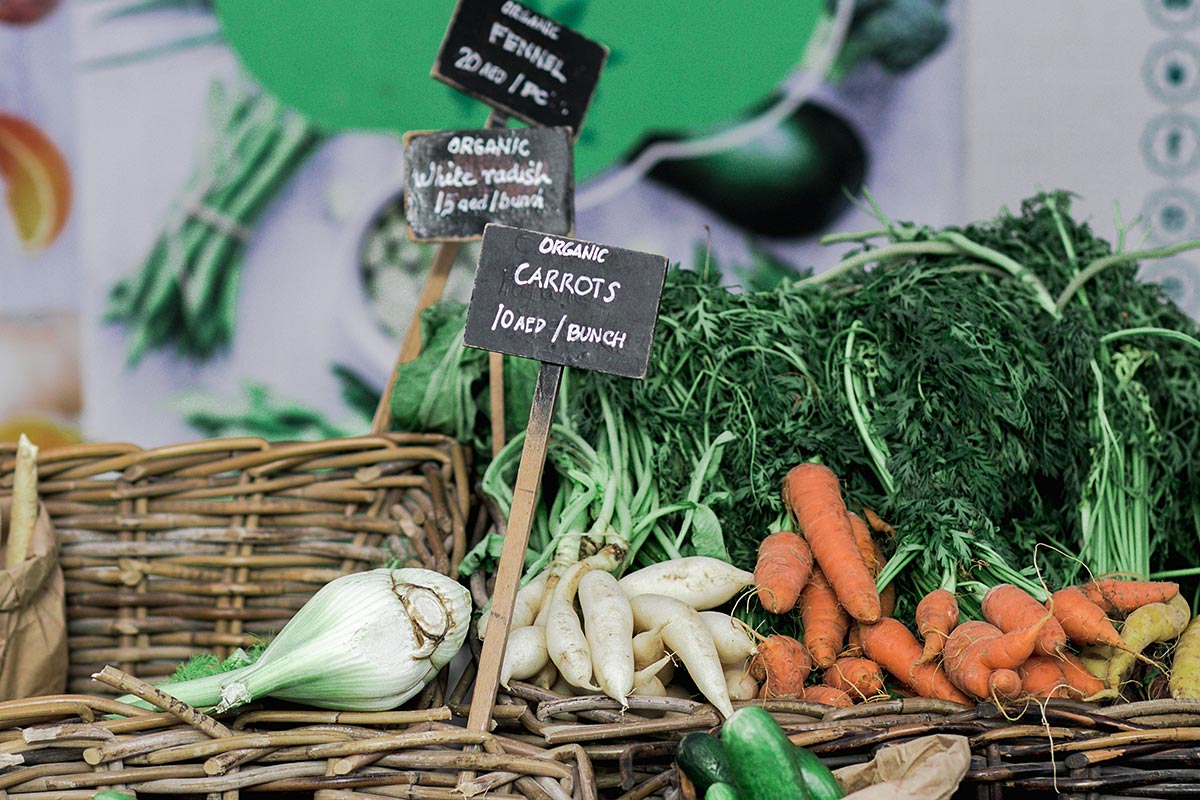 Buying fruit and vegetables can sometimes be challenging – is it always worth spending more for organic over conventionally produced products?

It is generally known that “regular” produce have more chemicals. Non-organic food often contains harmful hormones and pesticides. Pesticides are poisonous — by design, they’re intended to kill. Pesticides can cause neurological problems, cancer, infertility, nausea, vomiting, diarrhea, allergies and asthma, wheezing, rashes, and other skin problems, ADHD, birth defects and more. The list is long. Common sense would tell us not to eat poison, so why not go organic?

A helpful tool for identifying products likely to have more pesticide residues is the Environmental Working Group’s (EWG) Dirty Dozen, an annual list of produce ranked by the number of pesticides in them. EWG also provides a list called the Clean Fifteen. These lists are based on thousands of produce samples collected by the Food and Drug Administration and the U.S. Department of Agriculture.

And who ranked among the worst on the Dirty Dozen list? The Strawberry! More than 98% of strawberry samples had pesticide residue, and one sample had 20 pesticides. Ranked second was spinach, having twice as much pesticide residue by weight on average than other crops.

An article in the January 25, 2018 issue of Men’s Health looked at these issues, and gave advice on how best to shop and avoid harmful produce. In the article, Gary Adamkiewicz, assistant professor of environmental health and exposure disparities at Harvard T.H. Chan School of Public Health, provided key points and highlighted some things to help us with the bigger picture. “Organic agriculture makes a lot of sense for the environment and for health. This extends to livestock-derived foods, even though we don’t have a lot of studies that show differences in chemical residues between organic and conventional milk specifically,” he said, adding that he personally buys only organic milk.

Another point to remember is that pesticides and associated chemicals don’t belong in our drinking water, lakes or oceans – and that most of the earth’s water is presently at risk. Surface water runoff from non-organic farms and other non-organic food operations deposits pesticides into lakes, rivers, and reservoirs. In addition, companies who dispose of pesticides incorrectly can contaminate soil and drinking water supplies. ​Many pesticides don’t break down in water and can remain in the water system for many years. In contrast, organic food farming methods help to keep water clean, plus they often use less water, helping to preserve the earth’s water supplies. Wild animals, fish, and birds depend upon healthy plants, streams, rivers, and lakes in their environment, and when pesticides infiltrate these areas many creatures suffer.

Organic food can cost more than conventional foods. However, consumer support for organics is rapidly growing, and companies are increasingly meeting this demand with better, more competitive prices and increased variety in options. One of the best ways to show food producers that people care about quality, affordable organics is to buy quality organics. Our organic purchases can make a difference in the long run.

A Plant-based Diet Changed My Life