Sport and a vegan diet 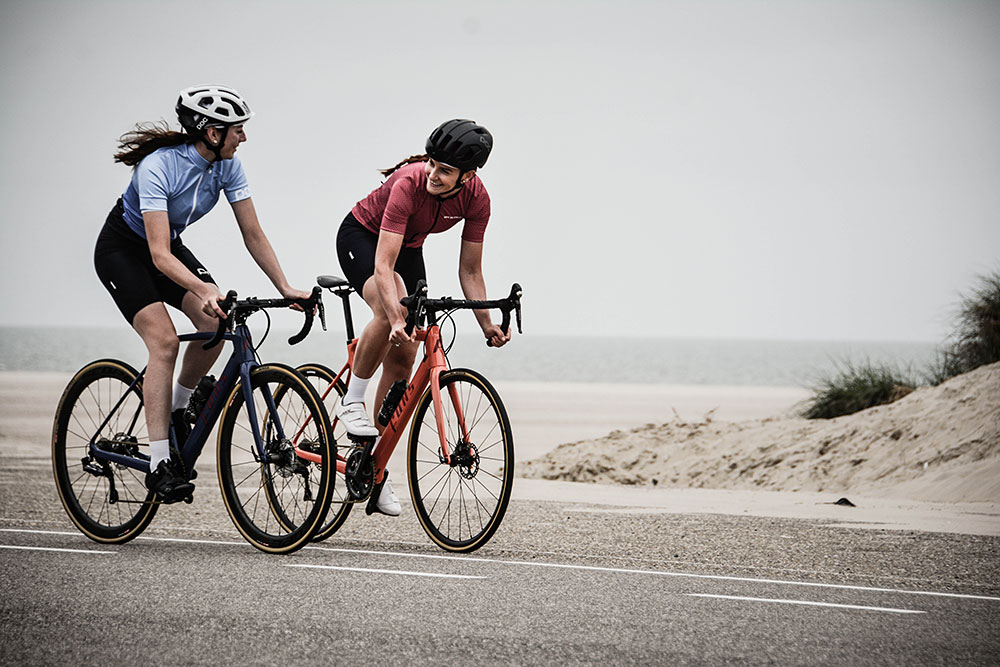 Sport and a vegan diet

There have been many well known athletes who have shared they follow a vegan diet, such as tennis superstar Martina Navratilova, football legend Joe Namath, track star Carl Lewis and boxer Mike Tyson, even some of them crediting their diets with their excellent athletic performance. But would a non-meat diet work for all athletes?

Plant-based diets are becoming increasingly popular in managing and possibly preventing chronic disease, and are associated with several health benefits like lowering the risk of heart disease, diabetes, obesity, and even cancer.

Eating a well-planned non-meat diet can be nutritionally adequate for the average person, but strict vegan diets take plant-based eating to the more restrictive level, and for athletes this takes unique consideration to maintain a top physical performance.

The main difference between vegan and vegetarian is the quantity of animal products that are removed from the plate. Vegetarians do eat mostly plants, but may also include dairy, eggs, or even fish in their meals. Vegans eliminate all animal products, and often even avoid supplements from animal sources and even clothing made from leather or other animal products.

Vegan diets for athletes – are their benefits?

Athletes have unique nutritional needs to enable them to sustain a high level of performance. Intense athletic activity can lead to mildly suppressed immune function, by increasing natural killer cells and neutrophil function. This type of change in the immune system is believed to increase susceptibility to bacterial infections, which can compromise training. Interestingly enough it has been demonstrated that those adopting a vegan diet generally tend to get sick less often, very possibly due to the immune-boosting properties of their foods.

In addition, high levels of physical performance can increase athletes risk of oxidative stress, which facilitate the formation of free radicals. These can cause long-term damage to the body, and increase risks of disease. Free radical formation can be neutralized by the consumption of foods high in antioxidants, since these foods reduce oxidative stress. Since most fruits and vegetables contain high amounts of antioxidants, plant-based eating in fact helps reduce any potential damage caused by intense physical exercise.

Nutritional concerns to be ware of

There is limited solid research on vegan diets and athletic performance, but available studies have shown that there does not seem to be a decrease in performance for those who follow a well-planned vegan diet. The important point here is that plant-based diets for an athlete should be well-planned – but the idea shouldn’t be a foreign one anyway. Any serious athlete, on a plant-based eating regimen or not, should be basing their food consumption on a well-grounded and researched knowledge of their nutrient and caloric requirements.

Omega-3 fatty acids are essential to human health – they must be consumed in the diet. Plants contain only one type of omega-3, ALA. The other two omega-3 fats, EPA and DHA, would not be consumed in a vegan diet. Vegan athletes are advised to supplement with EPA and DHA, due to the known health benefits of these healthy fats.

Iron intake is of critical importance for athletes, since iron transports oxygen to muscles. No iron = muscles unable to perform any type of athletic activity. Ouch.

There are two types of iron in food: heme, coming from animal foods, and three times better absorbed, and non-heme. Regardless of the type of iron, bioavailability is famously poor, even with a mixed diet of plant and animal foods. Iron absorption drops even lower to only about 5% for vegetarian or vegan diets.

Athletes who follow a plant-based diet must be sure to eat high iron foods, like beans, fortified cereals, or green leafy vegetables, regularly. And since vitamin C helps absorb iron, high iron foods should be paired with high vitamin C foods. Iron supplementation may also be a good idea, especially for vegan female athletes, and it is recommended that they be monitored regularly for iron deficiency.

Zinc helps support immune function and gene expression. Similarly to iron it is not well absorbed in plant-based diets due to the higher phytate content of these types of foods. Phytate binds to zinc in the digestive tract, impeding absorption. Zinc is also better absorbed when consumed with protein, making a mixed diet higher in absorbed zinc overall.

A 2009 study found that vegetarians have a higher prevalence of zinc deficiency when compared to non-vegetarians. Athletes on plant-based diets should consider zinc supplementation or increase quantities of high-zinc plant foods such as hemp or pumpkin seeds.

Most plant foods are low in iodine, which is necessary for thyroid function. A 2003 study found that 80% of vegans were deficient in iodine. Adding seaweed to the diet, or a multivitamin supplement, are good options to increase iodine levels.

Calcium is necessary bone health and muscle function. There are many plant foods, like green leafy vegetables, nuts, and seeds, that contain calcium. Bioavailability of calcium in these foods is a significant concern since certain components in plant foods, such as oxalic or phytic acids, can reduce the ability of the body to absorb calcium from plant foods. Soy beans, for example, which are considered high in calcium, have been shown to have a bioavailability of only 30-40%.

The low bioavailability of calcium in plant foods should be a consideration for vegan athletes planning a nutritionally adequate diet.

Most of our vitamin D needs can be met from sun exposure, but since many tend to spend significant time inside these days, deficiencies have been on the increase. The best food sources of vitamin D are fish and fortified milk.

Vitamin D is necessary for bone health, calcium absorption, and muscle function and athletes who follow a vegan diet may want to consider being tested for vitamin D deficiency and include a high dose supplement to improve levels.

As it is exclusively found in animal foods, Vitamin B12 is of particular concern for vegans. Vitamin B12 is necessary for DNA synthesis and nervous system function, and deficiencies can result in irreversible neurological damage and an increased risk for heart disease. Most vegans supplement with vitamin B12, since there is no other source of this critical vitamin available in a plant-only diet.

One of the the biggest concerns in terms of nutrition for athletes following a plant-based eating regimen may getting enough protein. Exercise causes muscle breakdown, and replenishment of protein is necessary after physical activity to rebuild muscles.

Athletes have greater protein needs than non-athletes, with levels set at a minimum of 1.4 grams per kilogram per day for muscle maintenance – double to that of the needs of sedentary people. Protein needs may be even higher depending on the type of physical activity performed.

It is interesting to note that even with the higher protein needs of athletes, a 2009 study found that by simply increasing calories to meet necessary requirements for athletes, protein needs were met in 97% of cases. Researchers concluded that vegan or vegetarian athletes should focus on consuming adequate calories to support physical activity, which in most cases naturally helps meet protein needs.

Are you an athlete considering a plant-based diet?

As we have shared here, there are several benefits to following a vegan diet, but special consideration must be made for athletes in particular because of the potential for vitamin and mineral deficiencies. If you are an athlete considering a vegan diet, be careful to tick off all the right boxes, and get out there!

What’s the deal with meals without meat?

Does a plant-based diet increase metabolism?